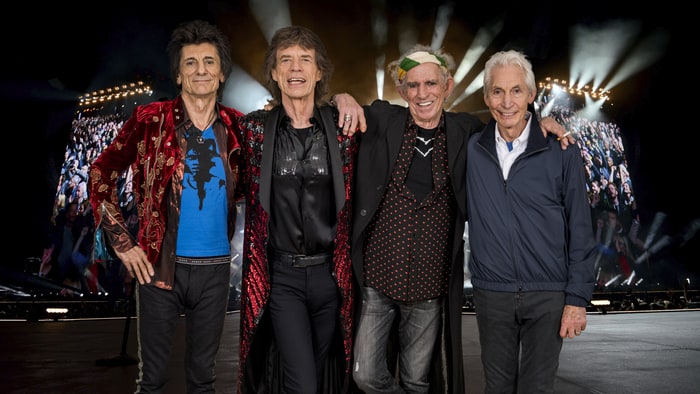 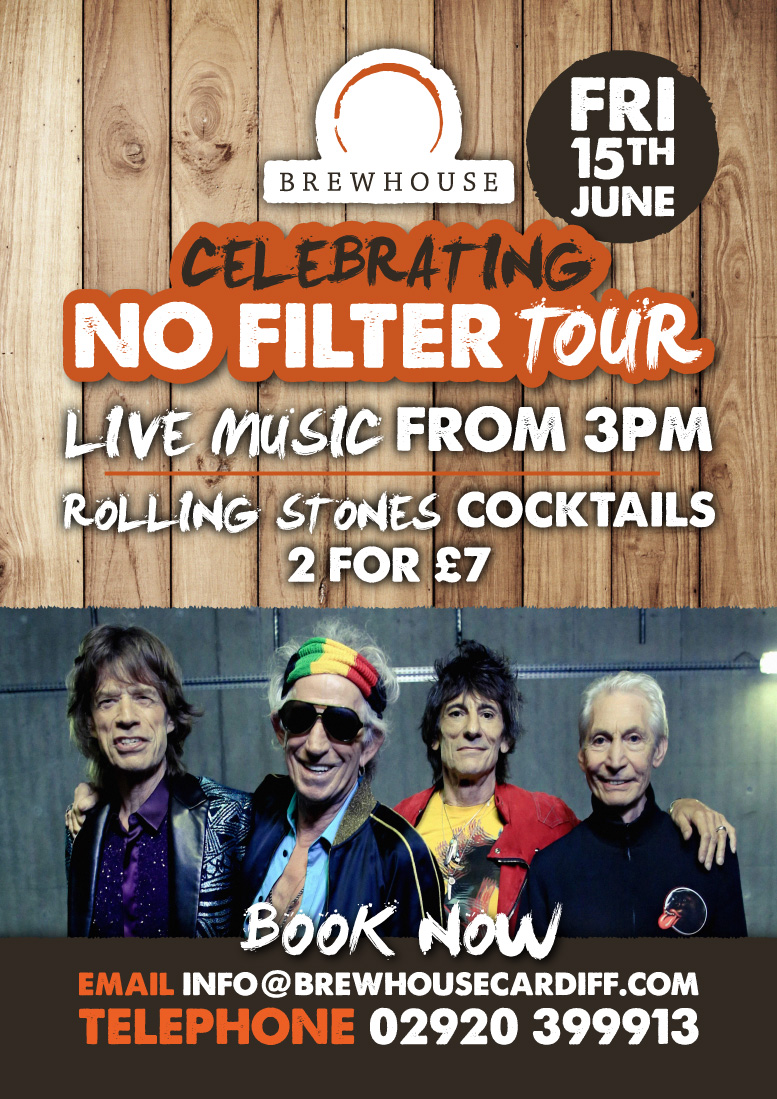 Music icons, The Rolling Stones, are bringing their No Filter Tour to Cardiff next week and we’ve already got their songs on replay in our heads!

With classics like ‘Brown Sugar,’ ‘Satisfaction’ and ‘Paint it Black’ on the set list, we have no doubt that the Principality Stadium will be rocking all night. The singing will be loud and the screams even louder (especially when Mick Jagger does THAT walk!

The infamous rockers formed in 1962 and have performed all over the world ever since, bringing their rhythm and blues inspired music to millions of people. And they’re still going! How many bands can say that these days?

The whole city is buzzing with anticipation of their arrival as they continue the current trend of A Listers performing in our fair city. And as a city with a rich history of music in its blood it’s a trend that we’re more than happy to see grow.

This means that we’ll be marking the occasion in our signature Brewhouse style! We’ll have live music from 3pm, influenced by the infamous rockers themselves. Join us on Friday June 15th to watch our regulars Nick Pendry, James Harris and The Cherry Rebels hit our stage and ‘start you up’ for the concert!

Not only will we have the best live music in Cardiff, we’ll also have the best drinks deals, too! Head to the bar and flash your tickets to enjoy our speciality cocktails at 2 for £7! 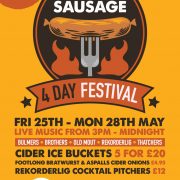 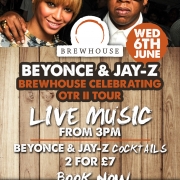 Brewhouse Celebrates Beyonce (And Jay-Z, too!)

PLAN YOUR PERFECT NIGHT OUT

Brewhouse Celebrates Beyonce (And Jay-Z, too!)

Scroll to top
Cookies: This site uses cookies and analytics to offer you a better browsing experience.
Accept
Read more